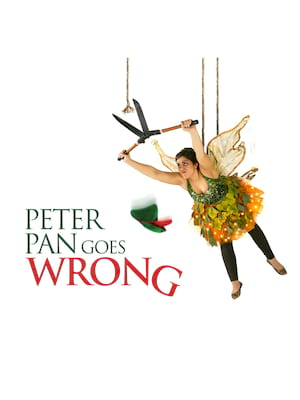 Peter Pan is a magical much-loved tale that easily lifts the spirits of audiences everywhere. But what if it was injected with a little humor? This new production centered on the classic fairytale does just that and tries to tell the story of the boy who never wants to grow up with a little madness, mischief, and mayhem.

The production, created by Mischief Theatre (the minds behind The Play That Goes Wrong) premiered at London's Pleasance Theatre in 2013 where it was nominated for the 2016 Laurence Olivier Award for Best New Comedy. This exciting staging marks the shows North American debut!

2 hours with one intermission

Sound good to you? Share this page on social media and let your friends know about Peter Pan Goes Wrong at Citadel Theatre.