Sorry! You missed Come From Away at Northern Alberta Jubilee Auditorium 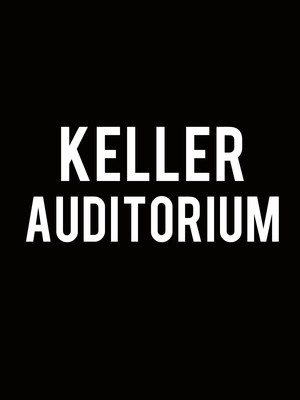 You can catch Come From Away at Keller Auditorium in Portland, showing May 2 - 7, 2023

Come From Away is also touring to:

View the entire Come From Away tour

I can't imagine a musical we need more right now than Come From Away.

Why See Come From Away?

Flying out on tour

Following well-received engagements on Broadway, London's West End and its premiere city Toronto, this hit musical based on true events comes to you on tour! Nominated for 8 Tony Awards and 9 Drama Desk gongs, this is a musical that celebrates human endurance, compassion, and bravery under dreadful circumstances.

What is Come From Away About?

On September 11th 2001, as the full horror of the terror attacks became apparent, the US closed its airspace, grounding thousands of passenger jets heading in, out and throughout of North America. An astonishing 38 of them were forced to land in Gander, a remote Newfoundland town with a population of just 9,000 people. The arrival of the passengers boosted those numbers to nearly 20,000.

Come From Away focuses on a single set of passengers from one flight and the Gander residents who welcomed them into their homes. Amongst this diverse set of characters is American Airlines' first female pilot, a gay couple both called Kevin, and an Egyptian chef, whose initial apprehensions about the reception he will receive proves unfounded. Weaving together all of their storylines, the show creates an affirming portrait of human connection in the most trying of circumstances.

The musical gets its title from Newfoundland slang. The people of Gander refer to the passengers as "come from aways".

Recommended for ages 10+. Children under the age of 4 are not permitted in the theatre.

Marika Aubrey as Beverley & Others
Kevin Carolan as Claude & Others
Harter Clingman as Oz & Others
Nick Duckart as Kevin J./ Ali & Others
Chamblee Ferguson as Nick & Others
Christine Toy Johnson as Diane & Others
Julie Johnson as Beulah & Others
James Earl Jones II as Bob & Others
Julia Knitel as Janice & Others
Andrew Samonsky Kevin T. & Others
Sharone Sayegh as Bonnie & Others
Danielle K. Thomas as Hannah & Others

Everything about this show is accessible, nothing feels forced or contrived, it is simply honest and real, and truly beautiful!

Our Broadway reviewer saw Come From Away on Broadway and had this to say about this ground-breaking production!

I was so moved by the play in New York, could not wait to see it again... more

Nancy: “Realated to the Gay Lumberjack ”

My cousin is one of the passengers on whom the play is based. It’s... more

Sound good to you? Share this page on social media and let your friends know about Come From Away at Northern Alberta Jubilee Auditorium.