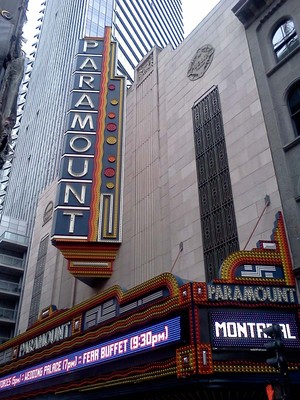 You can catch Styx at Paramount Theater in Denver, showing Feb 26, 2023

Styx is also touring to:

The 70s legends behind Mr. Roboto and Babe are on tour

The Best of Times

Styx have been rocking around the world for the last 40 years with a back catalogue of hits powering them through 100+ shows a year! Formed in 1972 in Chicago Styx have become a mainstay in any rock fans collection. Now four decades on Styx show no sign of slowing down with another tour for 2022.

Styx rose to prominence with their guitar-driven power pop, which was just as likely to produce a heart-wrenching ballad or a pile-driving foot stomper. Led by songwriting talents of Dennis De Young, Tommy Shaw and James Young, the band racked up hit after hit, including Babe, Mr. Roboto and Boat on the River. The band has broken up and reunited several times over the years, and while this most current incarnation may not feature De Young (who's is currently touring as a solo artist) it's still unmistakably Styx.

Styx was amazing the other night. The Mission half of the set was so dead... more

Sound good to you? Share this page on social media and let your friends know about Styx at Northern Alberta Jubilee Auditorium.